On May 27, 2022, at 12:00 noon, Mr. Jurin Laksanawisit, the leader of the Democrat Party Deputy Prime Minister and Minister of Commerce Announcement of the results of the request to pay respects to Mr. Jeremy Zwinger, founder of The Rice Trader magazine, at the meeting room on the 11th floor of the Office of the Permanent Secretary for Commerce.

Mr. Jurin said that a moment ago, Mr. Jeremy Zwinger , who is the Executive Chairman of The Rice Trader Journal, the world's most famous magazine in the United States for rice. and is a magazine that is the owner of The World's Best Rice Award or the World Rice Award Which has held the contest every year, has been organized 13 times, and in all 13 contests, Thailand has won 7 times, the latest in 2021 and 2020, Thailand 1st place in a row 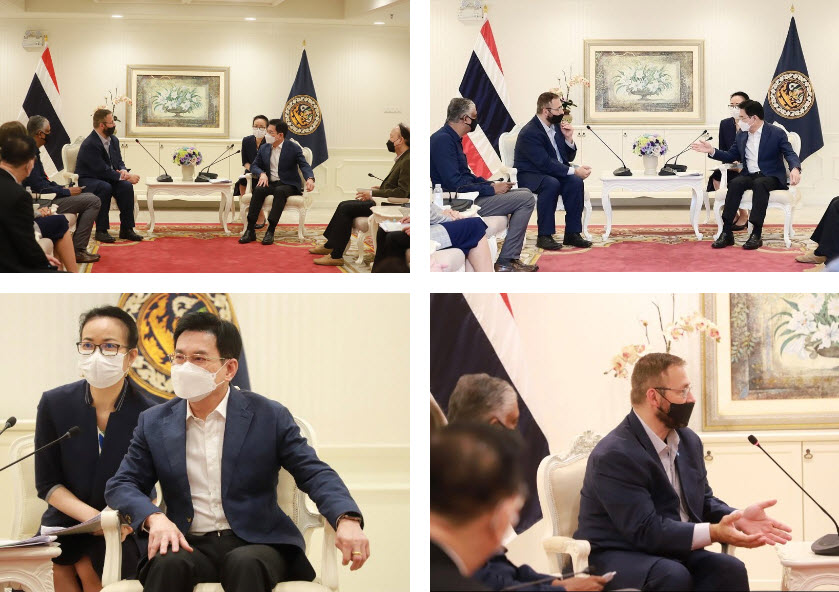 for an important reason to meet with them He informed that The Rice Trader Magazine wishes to organize this year's World Rice Contest in Phuket. and requesting support and cooperation from the Ministry of Commerce to which he replied with great pleasure because the Ministry of Commerce has always coordinated Including the Thai Rice Exporters Association has been working together continuously. This year's World Rice Contest will be held on November 15-17, 2022 in Phuket and Jeremy Zwinger confirmed to him that it will be the biggest World Rice Contest ever. There will be at least 1,000 buyers and sellers from all over the world attending the event, both public and private sectors, and have invited them as Deputy Prime Ministers and Ministers. Ministry of Commerce gave a keynote address on the strategy of driving Thai rice, which the government has announced as a strategy. which he responded

and thought that the World Rice Contest in Phuket this time In addition to showing the potential of Thai rice in the world market It will play an important role in shaping hands with all parties towards building food security for the world. In order to reinforce the policy that they have always stood for, " the state supports the private sector" join hands to work together for both the public and private sectors. both the Thai private sector, the Thai Rice Exporters Association, and the foreign private sector who benefit Thailand. and will continue to publicize the provinces of Phuket, Krabi, Phang Nga and the Andaman side to become more known among the world's highly-potential rice traders 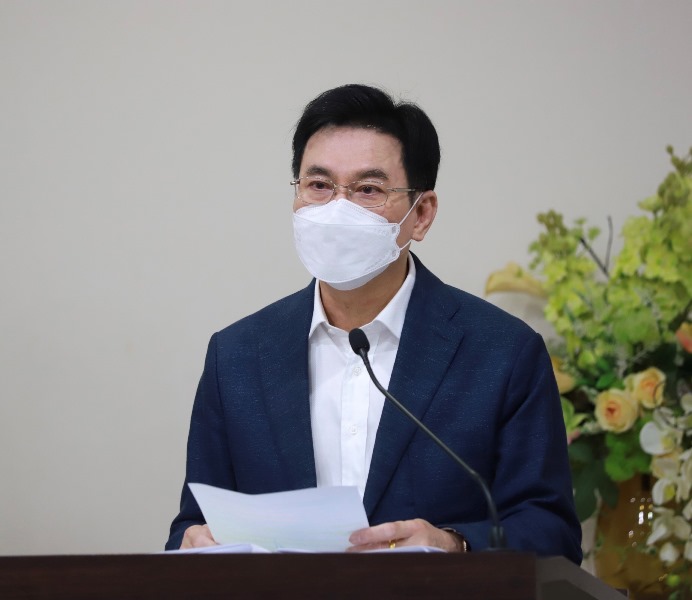 “This year's rice export numbers are expected to be better than last year. In 2021, we exported 6.1 million tonnes of rice and this year's export numbers are expected to increase to 7-8 million tonnes. The price of rice in the country has increased as well. And last April, all rice exports were all positive,” said Deputy Prime Minister and Minister of Commerce.

Information from the Department of Foreign Trade indicates that the strategic policy of Thai rice under the principle of " leading market production" of Deputy Prime Minister and Minister of Commerce, Mr. Jurin Laksanawisit , focuses on developing new rice varieties to meet the needs of world market This year, Thailand will receive 6 new varieties of rice, which is a successful result of the strategic move. and stipulated that within 5 years, 12 varieties must be obtained, including reducing production costs to increase capacity in the competition of Thai rice in the world market 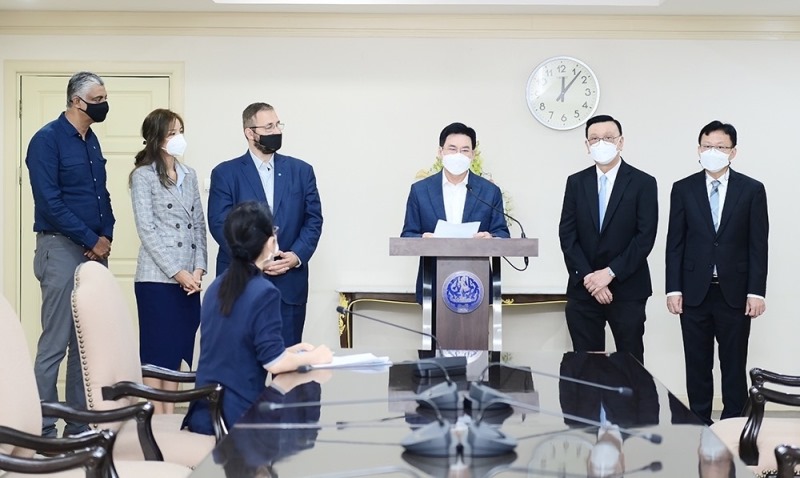 from the aforementioned strategy driving and various positive factors As a result, the volume of Thai rice exports has increased considerably. In 2022 (January - April), Thailand exported 2.29 million tons of rice, valued at 39,446 million baht, an increase of 52.67% and 36.42 percent, respectively, compared to the same period of last year The exports are white rice (47.53%), Thai jasmine rice (27.31%) and parboiled rice (13.84%) to key regions such as the Middle East, Africa, Asia and the Americas, respectively.