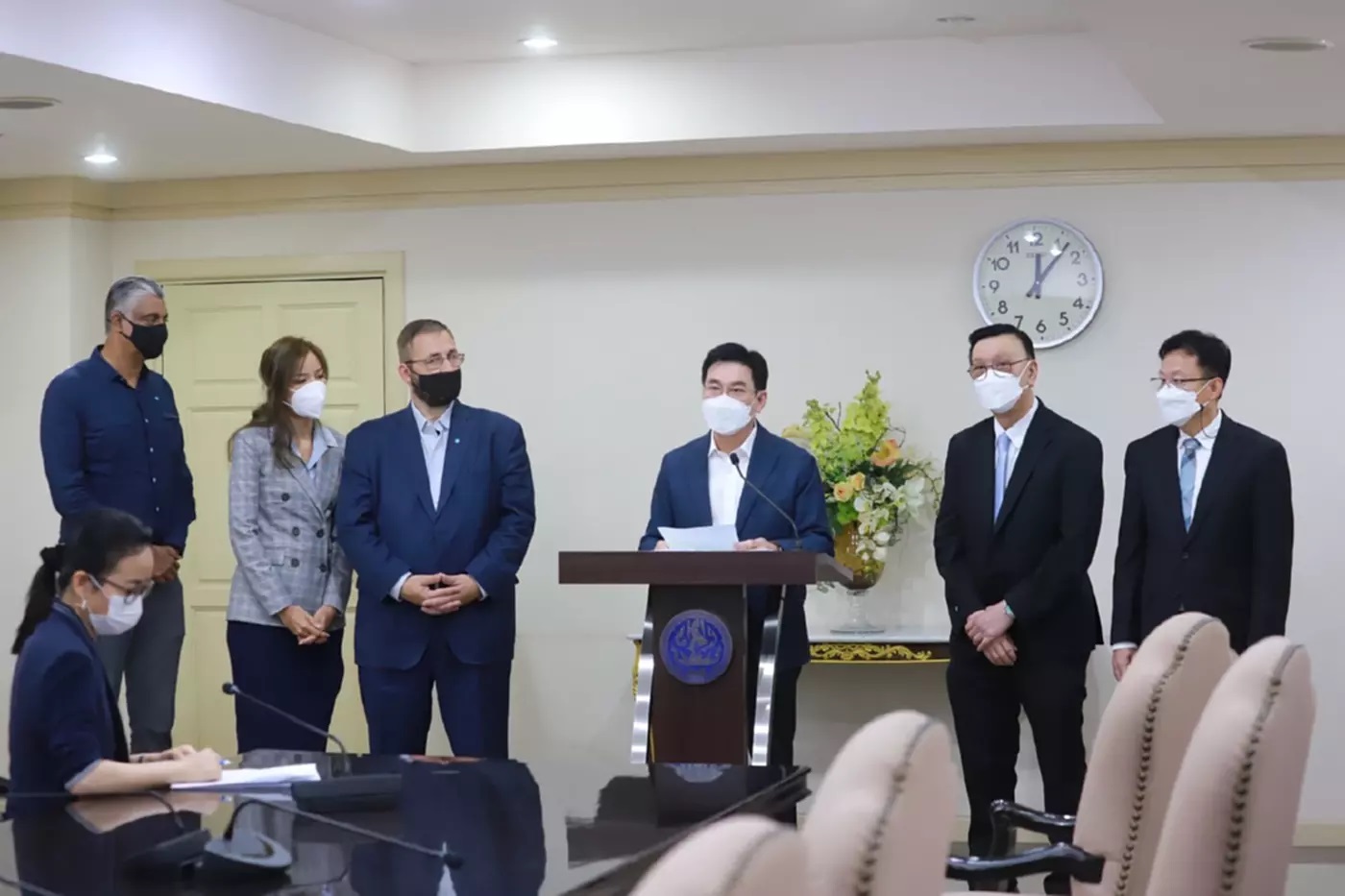 Commerce joins hands with American magazine The Rice Trader to organize a world rice contest "in Phuket at the end of the year 65" attracting not less than 1,000 buyers and sellers around the world, expecting Thailand to export rice to 7-8 million tons this year.

Mr. Jurin Laksanawisit,   Deputy Prime Minister and Minister of Commerce It was revealed after a visit to Mr. Jeremy Zwinger, founder of The Rice Trader Journal, that The Rice Trader Journal, the world's most famous magazine in the United States of rice. and is a magazine that is the owner of The World's Best Rice Award or the World Rice Award Which has held the contest every year, has been organized 13 times, and in all 13 contests, Thailand has won 7 times, the latest in 2021 and 2020, Thailand 1st place in a row

The Rice Trader magazine wishes to organize this year's World Rice Contest in Phuket. and requesting support and cooperation from the Ministry of Commerce to which he replied with great pleasure because the Ministry of Commerce has always coordinated Including the Thai Rice Exporters Association has been working together continuously. This year's World Rice Contest will be held on November 15-17, 2022 in Phuket, and Jeremy Zwinger has confirmed to him that it will be the biggest global rice contest ever. There will be at least 1,000 buyers and sellers from all over the world attending the event , both public and private sectors, and have invited them as Deputy Prime Ministers and Ministers. Ministry of Commerce to give a keynote address

In terms of driving the Thai rice strategy, which the government has announced as a strategy which he responded and thought that the World Rice Contest in Phuket this time In addition to showing the potential of Thai rice in the world market It will play an important role in shaping hands with all parties towards building food security for the world. to reinforce the policies that they have always stood for "Government supports the private sector" join hands to work together for both the public and private sectors both the Thai private sector, the Thai Rice Exporters Association, and the foreign private sector who benefit Thailand. and will continue to publicize the provinces of Phuket, Krabi, Phang Nga and the Andaman side to become more known among the world's highly-potential rice traders

“This year's rice export numbers are expected to be better than last year . In 2021, we exported 6.1 million tons of rice and this year's export numbers are expected to increase to 7-8 million tons . also raise the price of rice in the country And last April, all rice exports were all positive,” said Deputy Prime Minister and Minister of Commerce.