From farm to fork, from research to destination, the rice industry will be able to utilize the tools offered by the International Commodities Institute for insights and the ability to understand short, medium, and long term industry consequences, interpret market dynamics into commercial success.

For over 30 years, The Rice Trader publication has brought its subscribers crucial, up-to-the-minute information on rice trade through its daily and weekly publications. Acknowledged as the only source of confidential information about the rice market, this weekly summary of market data analysis has helped both the leading commercial rice companies and the regional government officials make informed decisions, which are critical in today’s market.

The Rice Trader is the world’s leading trade publication dedicated to in-depth analysis of the global rice industry. We assist your organization with valuable intelligence for risk management, trade, and decision-making abilities across the rice industry supply chain.

Rice is the staple food for over three billion people making it the world’s most important grain. Leaders from over 20 countries and every corner of the rice industry receive The Rice Trader. They rely on it to determine the most efficient ways to trade and transport this vital commodity. Comprehensive, in-depth market analysis makes The Rice Trader a pillar in the global rice industry and is the most profitable investment a person in this trade can make.

Acknowledge and honors development achievements through the prestige of our international awards, The Rice Trader aims to recognize and promote the development of the rice industry in countries that appreciate continuous development by education and research.

Published 48 times a year, the Weekly Report is a vital source for market intelligence. We serve our subscribers by delivering an integrated platform of information on rice origins, allied markets, and risk management tools. The Rice Trader combines market data with proprietary research to provide our clients the most comprehensive rice report in the world on a weekly basis.

Daily News Update from The Rice Trader features all of the most recent activities of the global rice industry from various related aspects and beyond.

The Rice Trader World Rice Conference is the world’s leading forum for rice industry professionals, and emphasizes on the global rice trade, with a strong reputation in bringing leaders and rice industry and the various elements that deliver rice, from farm to fork.

Team up from rice professionals, along with the companionship of researchers, enthusiastic advisors and reputed traders of the global rice industry who have decades of experience, The Rice Trader aims to deliver an integrated platform of information to the rice trade and allied industries that not only informs, but provides analysis, insight and valuable intelligence that will assist risk management, trade, and decision-making abilities across the rice industry supply chain. 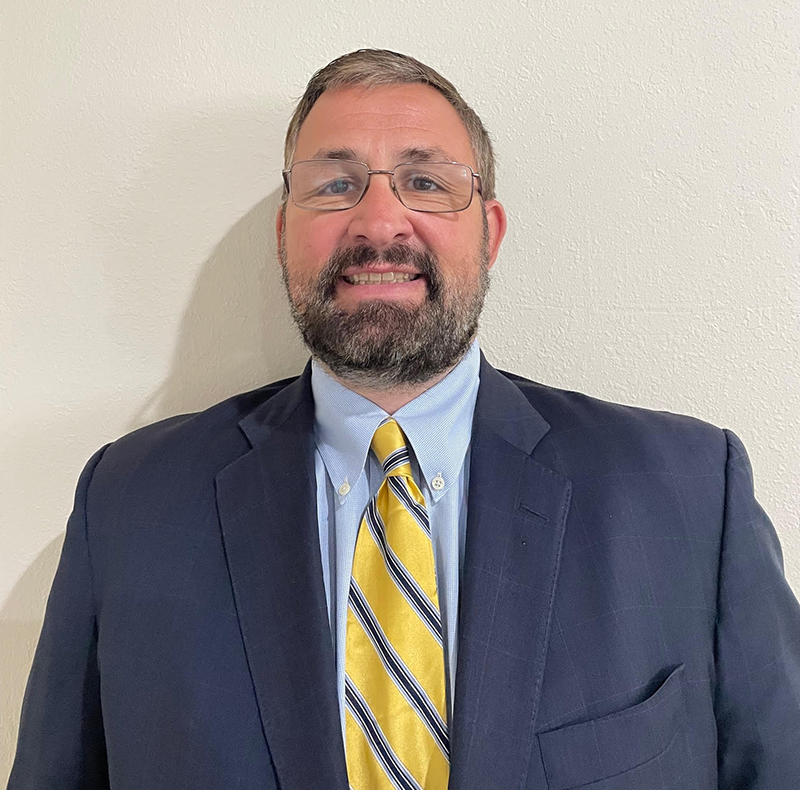 “As the world and market transforms, so must we or we will be left behind.”

Jeremy Zwinger is the CEO/President of The Rice Trader, Farm And Trade, Inc., and International Commodity Institute.  Mr. Zwinger is the founder of the World Rice Conference, along with several other key projects which help build bridges between a vast number of global entities.

Jeremy Zwinger is the CEO/President of The Rice Trader, Farm And Trade, Inc., and International Commodity Institute.  Mr. Zwinger is the founder of the World Rice Conference, along with several other key projects which help build bridges between a vast number of global entities. He was raised on his family’s farming operation in North Dakota, USA, and is a graduate of North Dakota State University, where he also attended graduate school for agriculture economics.  Jeremy followed up this graduate school studies by taking on the position of the market analyst for U.S. Wheat in Washington DC, where he was able to get hands on experience in complexities of global trade and U.S. agricultural trade policy.  His interests are broad, ranging from commodities markets to the digitalization of global business to the rapidly changing international cultural/geopolitical environment.  Development of water distribution systems, ownership of water rights, and large-scale water trading are also key passionate interests. On a personal note, Mr. Zwinger is blessed with five children and an amazing family, whose support has allowed him to be here today.

A regular participant at international events and conferences, Mr. Zwinger has contributed extensively on the analysis of markets by predicting inter-commodity effects (rice, wheat, corn, soybeans, sugar, etc.), as well as currency and oil price led impacts on the rice markets. He is also well known among clients for his direct advisory work and market analysis that has proven to be very close to actual market developments.  His 2007 speech forecast rice prices to go past $1,000 per ton levels, the more recent global food oversupply predictions, his prediction of the 2016 Trump presidency more than a year in advance of the U.S. elections, and a split 2020 election, are a just a few key examples that are well regarded.

Additionally, Mr. Zwinger has extensive experience that extends globally in the fields of publishing, brokerage, water trading, advisement, production financing, and consultancy services to a number of internationally respected players, including several Fortune 500 companies.  He has consulted for many countries on key strategic interests, with direct access to heads of state and their cabinet members throughout the globe. More recently, he has become heavily involved in globally critical topics such as water rights and value, food security issues, electronic trading, international production financing, global investment strategies with a focus on the commodity fields, market development strategies, and the coming solar cycle, which is likely to lead to major global issues on a multitude of levels. In 2020, he was also made a lifetime member of the Farm Foundation, a prestigious agriculture and trade policy group, which helps make recommendations for the future, while facilitating key leaders into action.  Mr. Zwinger has recently taken on the role of a weekly market discussion analyst on Direct TV, talking about the commodity markets and the important topics of the day. The changes brought on by Covid-19 have forced major developments in Mr. Zwinger’s business, where unique software was developed to help allow personalized networking with automated contracts.  The goal remains of a more efficient trade mechanism in this new and ever-changing environment.

Mr. Zwinger looks forward to contributing more insights on the future and hopes to make yet another accurate assessment of the direction the market is headed in aid of those in attendance. As we have seen in the past, there are likely to be some interesting insights that come from his engaging and passionate discussions. 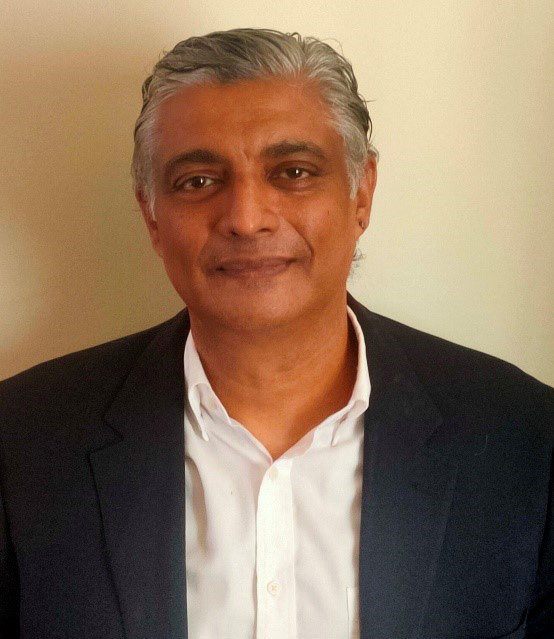 Subra is Vice President and a member of The Rice Trader team with primary responsibilities in the TRT’s Asian and African rice market coverage. As Vice President at The Rice Trader, Subra presents daily updates on rice market prices, market developments and the latest in dealings amongst buyers and sellers as well as to provide a significant contribution to the weekly TRT report that has a wide readership from the global rice trade.

Subra is Vice President and a member of The Rice Trader team with primary responsibilities in the TRT’s Asian and African rice market coverage. As Vice President at The Rice Trader, Subra presents daily updates on rice market prices, market developments and the latest in dealings amongst buyers and sellers as well as to provide a significant contribution to the weekly TRT report that has a wide readership from the global rice trade.

Subra’s contributions extend to covers developments and market intelligence gathering across all major rice markets, with an emphasis on development of TRT’s focus on rice market verticals that look at markets specifics like white rice, parboiled rice, fragrant rice, basmati rice, broken rice as well as key price trends and analysis in global rice markets and how these relay market signals and trends in procurement. Special reports on African markets, China, Indonesia, the Philippines and all the major export markets of India, Vietnam, Thailand, Pakistan, US, South America, Myanmar and Cambodia are also part of Subra’s market specific special reports that provide readers with specialist insights into global rice markets.

Subra is well-known for his role in the TRT World Rice Conference (held since 2009) the annual meeting place for the global rice trade.

Subra was previously part of IBC Asia (Informa Group) for 14 years between 1994 and 2008 and helped create several firsts including Asia’s first coffee, sugar, rice conferences, and the world’s first Dry Bulk Shipping conference in a role that saw him create and eventually head IBC Asia’s Commodities and Maritime Division.

Educated in Singapore and the United Kingdom - Economics degree (University of Leicester) and a Masters in Science (MSc) degree in shipping trade and finance (City University, London, now known as the Cass Business School), Subra started his career at the Singapore Trade Development Board compiling trade statistics between Singapore and Malaysia. Subra subsequently joined Peregrine Futures where he provided daily market reports and analysis (including fundamental and technical analysis) to clients on futures markets, with emphasis on Coffee, Cocoa, Sugar as well as the metals markets of the London Metals Exchange.